A multi-screen, 16mm film performance incorporates up to 16 individual and simultaneous live screen projections. A four projector installation and hands-on manipulation of the multiple projected images combine to result in a unique visual experience in continuous motion.

In 1994 I discovered that a single 16mm projector and two beam splitting mirrors could produce four projected images. Although not a complicated technique, this discovery opened up vast new visual territory that allowed me to create work that may only exist in this interactive multi-screen format.

Two beam splitting mirrors are placed in front of each projector lens. This results in four film images being projected by a single projector. As the performance develops, multiple film loops, short film reels, and central video projections are added and removed, and the position of the beam splitting mirrors altered. The changes within the formation of the 16 projected images create visual variations and require the viewer to continually redefine their viewing experience.

This work was created and performed between 1994 and 2003. Short segments from several performances may be viewed below. Select title to access documentation video. 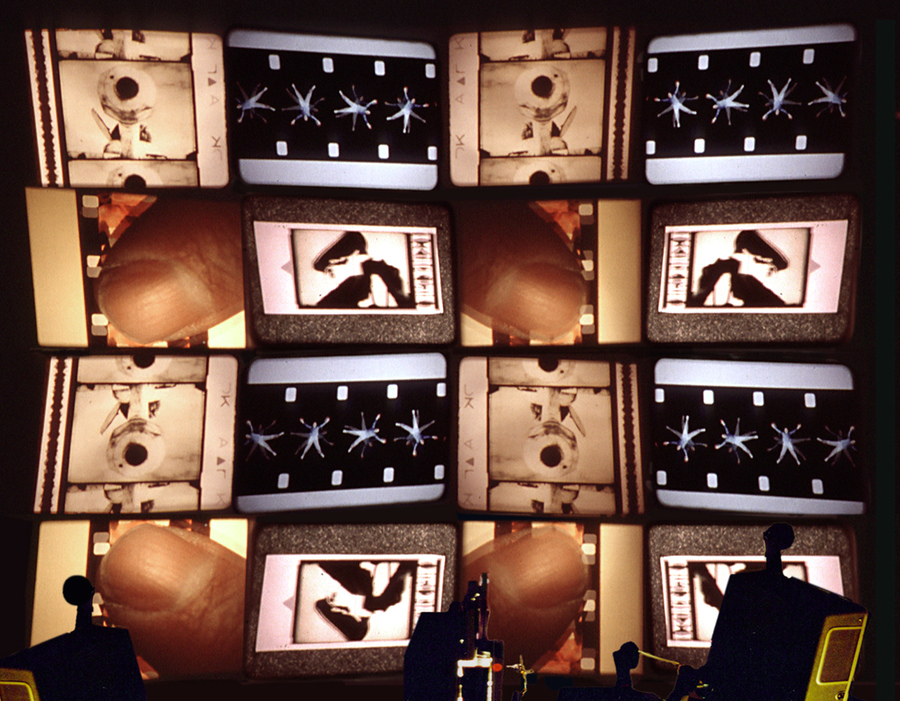 Micro re-photography of both found film and original footage interweave women with war.
Sound by Rhan Small and Victor Faccinto.